The Cumbres & Toltec Scenic Railroad is known for its extensive collection of rolling stock which can be viewed at both our Chama, New Mexico and Antonito, Colorado rail yards. Cumbres & Toltec Scenic Railroad currently has five operationg narrow gauge steam locomotives– #484, 487, 488, 489, and 463. Locomotive #489 joined the line in 2008 after an extensive recondition and before the 2021 season #489 underwent a conversion to oil. Locomotives #484, 487, 488 and 463 are all coal burning locomotives.  Locomotive #483 is on display at the Chama station but is not in operation. Locomotive #463 returned to operation in 2013. C&TSRR has a guest locomotive #315 from the Durango Railroad Historical Society which is also a coal burning locomotive.  Walking tour brochures are available at our depots. 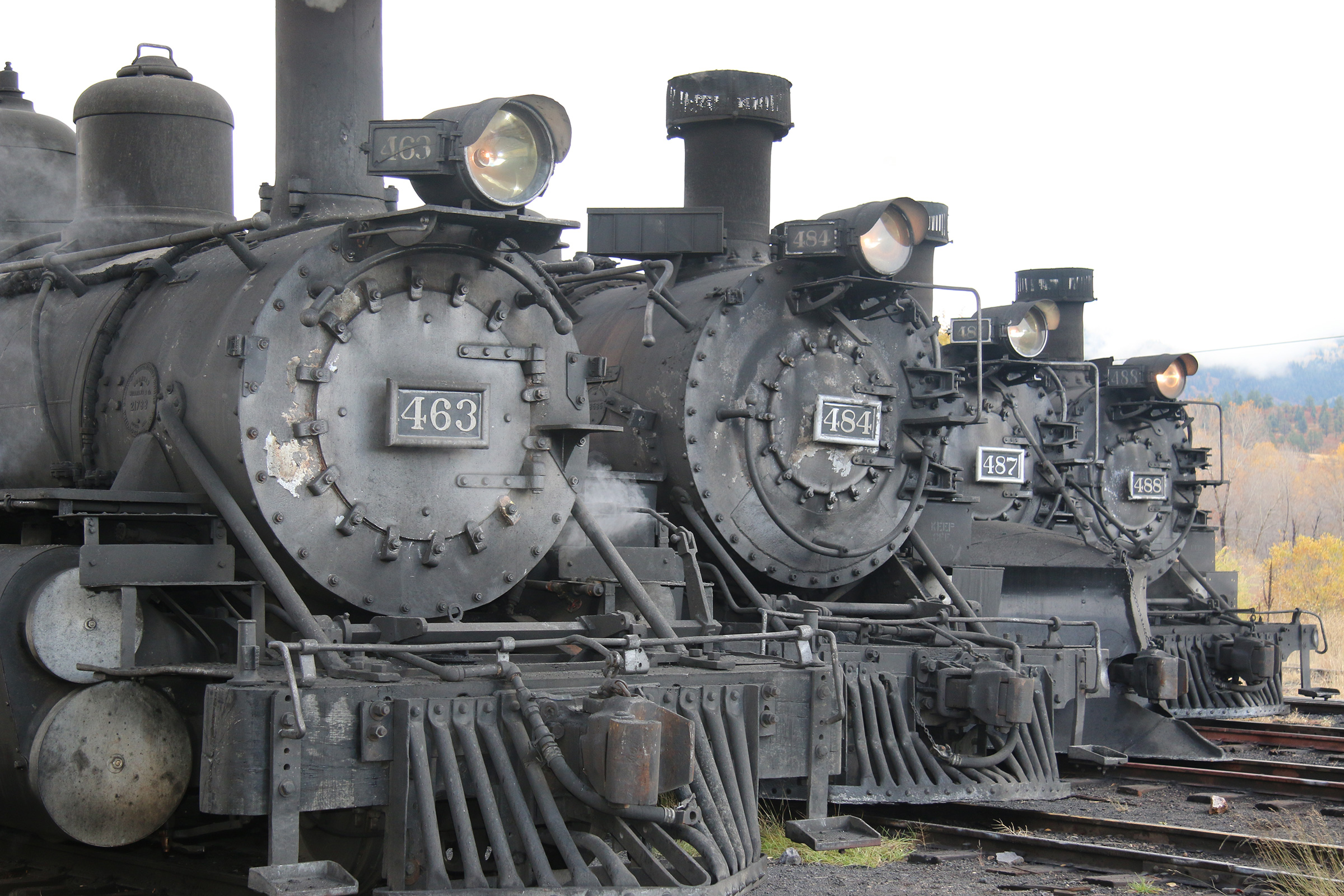